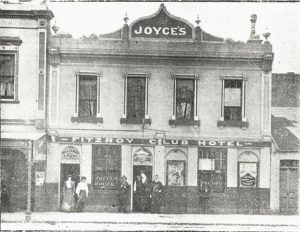 The Fitzroy Club Hotel was at 382 Brunswick Street, east side just north of Rose Street. Today the building is occupied by Sheila Vintage Clothing.

Welcome.
You are viewing this site as a Guest