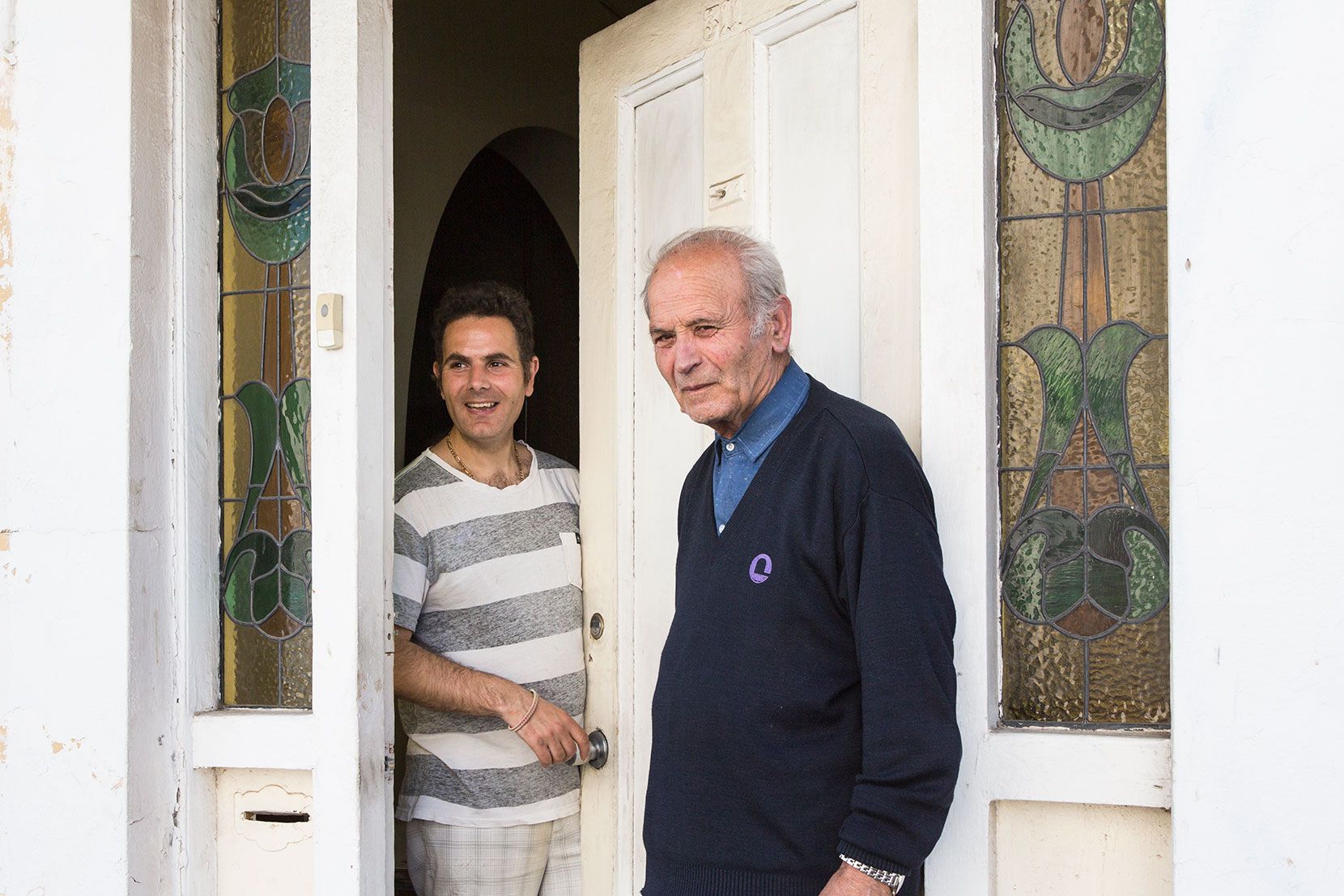 Sam Stasinopoulos came to Australia from Kalamata in Greece as a young man. He saved his airfare after he left school at twelve by doing deals with tourists in Athens and landed in Melbourne where he quickly found work as a carpenter. He kept saving and started buying derelict shops and houses around Fitzroy in the sixties and seventies, including the house he still lives in with his son Nick. He married Georgia, a young Greek girl and they had four children. Georgia died three years ago and her massive funeral was a testament to the family’s standing in the Greek community.